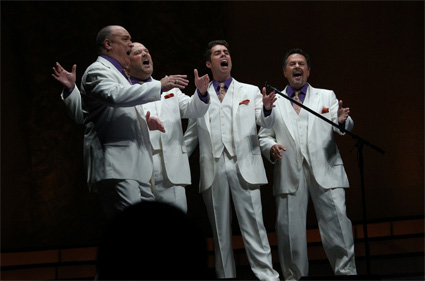 Singing music ranging from Kathy Mattea's "Where've You Been" to American classics "Tennessee Waltz" and "Sweet Lucy Brown," the quartet emerged from a pack of fifty quartets at the contest, held at the 75th Anniversary Convention of the Barbershop Harmony Society.

The top five finishers were, in order:
See the Scoresheets 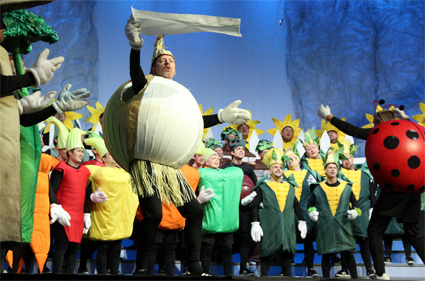 "The Age of Asparagus," "Corn Free," "Lettuce Entertain You" and "Beet It" were among the classics lampooned by the 73-member chorus, which has earned second place five times in the past.

More than 1600 singers participated in the contest, held at the 75th Anniversary convention of the Barbershop Harmony Society. The top finishers were:
See the Scoresheets 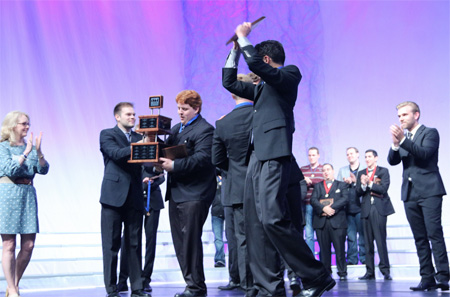 The top five college quartets were, in order:
See the Scoresheets